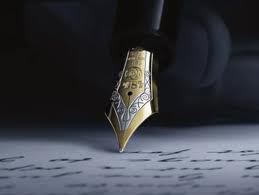 Next month is November. For most everyone, that means Thanksgiving turkey and travel time. For writers and aspiring writers alike, November is National Novel Writing Month. Nanowrimo for short.

During November, writers of all skill levels put pen to paper, hunker down, and try to write as many words as they can. 50K works is the goal. Basically, write a novel in a month.

It’s been a few years since I’ve participated in Nanowrimo. For the past few years, I’ve been too busy with other things. But I’ve just finished re-editing my current story, and I want to get started on book 2 as soon as I can. Nanowrimo is the perfect time to do that.

Of course, writing that many words in a month is hard, and if I want to accomplish that goal, then I need to prepare first.

The first thing I need to do–after finishing editing book one (I got maybe a week’s worth of work left on it)–is brainstorm. I got ideas about what my story is going to be about, but I need to write them down before I forget them. Organize them into something resembling a plot. If I’m lucky, I’ll hammer out the plot of book three while I’m at it.

Ok, it doesn’t look like much, but believe me, having only two weeks to brainstorm and hammer out an outline for an entire, 100,000 work novel? That’s a lot of work for two weeks. A lot of time to waste on self-doubt and double guessing. More than enough time for my muse and inspiration to get drowned out by doubts and fears.

Thankfully, that’s one thing Nanowrimo will be good for. Writing 50,000 words is hard, especially around Thanksgiving. I plan to be too busy writing those words to let doubt cloud my judgement. Or my book.

So, to everyone else planning on doing the same as me next month, good luck. You’re going to need it.