So, the day has finally come for me to make this announcement. I found out what’s wrong with my knees.

I have Rheumatoid Arthritis. 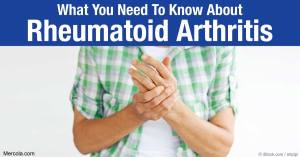 I’ve known for eight months that something was wrong with my knees. Joints don’t just start hurting for no good reason, and yet that’s what happened to mine. I waited for the hurt to go away, and when it didn’t, I went to my doctor. She said RA–but talk to a Rheumatologist just in case.

I did. And he confirmed my doctor’s diagnosis.

How RA has changed how I live.

Before all this happened to me, I would never have imagined how coming down with RA would change me. Or that I’d come down with it at all. I was more prepared to become pregnant than I was to get sick. And unfortunately, God decided to give me RA instead of children.

One day, I felt fine. The next day, I didn’t. My knees started hurting, and they didn’t stop. They swelled up and grew inflamed.

Bending them hurt. Standing on them hurt. Stairs became just as evil as the scale in my bathroom. Getting on or off the floor–impossible.  Getting out of the tub, or even out of the car–torture. Even kneeling on my own bed was enough to make me cry.

And let’s not talk about the awards I feel like I deserve for getting out of bed in the mornings.

I stopped enjoying life. I moved and felt like an eighty year old woman. Heck, my own 86 year old grandmother moves better than me. Nothing made the pain go away. Ibuprofen only took the edge off. Braces and Icy Hot helped, but only a little bit. Teas and diets had no discernible effects. Nor did losing 30 lbs.

Then my shoulders and wrists started hurting, too. Now reaching for things, picking things up, opening doors, taking showers, and getting dressed started becoming hard, too.

I don’t know if you can understand. When you get a bruise or sprain an ankle, you’re okay because you know the pain is going to go away in a week. You can take Tylenol or Aspirin and you feel better.

My pain did not go away. Not even on good days. And I have a mild case of RA, too.

I learned to adapt.

When my doctor told me I had RA, it was bad for a while. I cried. I mourned for my dreams. We had just closed on our land. I wanted to put a farm on it, and now it looked like I wouldn’t be able to work it.

I felt like I was doomed. Doomed to live in pain for the rest of my life. Doomed to age prematurely. Doomed to never have kids. To die early. Doomed to make my husband take care of his sick wife and the farm in addition to earning a living.

I had to find the new rules and boundaries for my life. What could I do, and not do? What movements was my body capable of? What things would I never do again (jog), what things could I do differently, and what remained the same?

How much pain could I endure? More than I thought, it turns out.

So, yes, I have learned how to live with this. How to endure. How to schedule my time and energy. To cut out things and simplify my life. I got very good at putting away my pride and asking for help. I resigned myself to not working as hard as I was accustomed, and got used to doing what I could. Which felt like very little.

Life is looking up now.

As I said, it’s been four months since that day. Time and distance have softened the bad news. I’ve come to the conclusion that even if my life changes, I don’t have to give up on my dream of having a farm and a family. God willing, I can still have both. It won’t be as I’d pictured it, but I’m still willing to work for it.

But I’ve seen a Rheumatologist now. He prescribed me medication. I already feel better.

God is good. He’s provided relief and hope. Every good thing I have in my life is because of him. This disease is a trial, my thorn in the flesh, that I’ll have to deal with for the rest of my life. It’s not a curse–though it feels like it some day.

With God’s help, I will endure, and live every day with hope that it’ll get better.

One thought on “Learning to Live with RA”